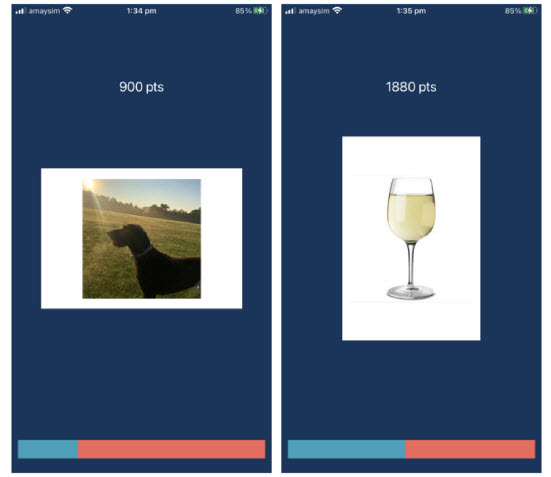 18 percent of Australians aged 18 and over drink at hazardous levels, whilst one in five will experience an alcohol use disorder. Exposure to alcohol-related cues (such as images, sounds and advertisements featuring alcohol) is known to induce cravings which can lead to further alcohol use. This poses a particular challenge for individuals trying to cut-down or abstain, as alcohol-related cues are largely unavoidable in Australian society. These alcohol-related cues can subconsciously capture our attention and motivate us to seeking, and subsequently consume alcohol, and this tendency is called a ‘Cognitive Bias’.

We and others have shown that a form of computerised "brain-training" called Cognitive Bias Modification (CBM) can reduce these impulses and reduce the likelihood of alcohol consumption after just four sessions were added to inpatient withdrawal treatment. CBM reduces a cognitive bias to alcohol cues by training people to repeatedly respond to alcohol and non-alcohol images in a certain way. Turning Point researchers have taken this form of brain-training and made it available in a new smartphone app to make CBM more readily accessible. An open-label pilot study of the app was conducted with 1309 Australians who met criteria for harmful/hazardous drinking and wanted to reduce their drinking. Participants were encouraged to complete two weekly training sessions for 4-weeks and then completed post-training surveys and a 1-month follow-up. We found the app had high feasibility and acceptability. In terms of its impact on drinking outcomes, participants significantly reduced their weekly consumption by a mean of 8.1 standard drinks and significantly reduced their drinking days, craving and severity of alcohol dependence.

In this world-first study of a personalised, smartphone-delivered CBM app the findings suggest it holds the potential to benefit the many thousands of Australians who drink at hazardous levels. Given its low-cost and high scalability-smartphone-delivered CBM could offer a convenient, anonymous and readily available tool to help reduce alcohol cravings and consumption at times when individuals need it most. This app is now being tested with a range of different populations and settings.

Learn more about this project

The trial is registered by the Australian New Zealand Clinical Trials Registry (ANZCTR).