Phoebe is Senior Education and Training Officer providing education to the alcohol and other drug (AOD) workforce. 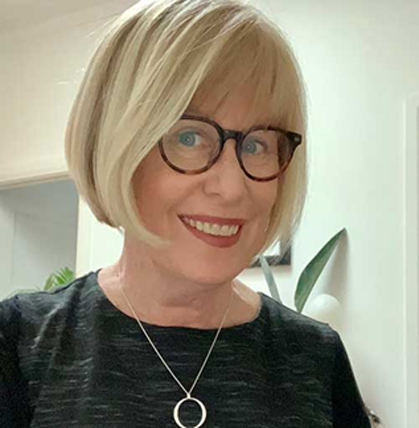 She is also the facilitator of the Connect & Learn webinar series hosted by Turning Point, and has been a unit coordinator and teacher in both the Turning Point Post Graduate Program and Monash University's Master of Addictive Behaviours.

Turning Point consists of a diverse team that is committed to removing stigma around addiction and providing support for those that need it. We like to profile the great work that our teams do, and give people insights into what it’s like to work in the addiction treatment, training, and research sector. This is Phoebe’s story.

Phoebe has a background in Nursing and in 2010 completed Graduate Diploma in Nursing Science (Addiction & Mental Health), University of Adelaide. In 2019 Phoebe updated her Certificate IV in Training and Assessment (TAE40116).

Phoebe has over 25 years’ extensive clinical experience in the AOD sector working in assessment, pharmacotherapy, counselling and non-residential withdrawal services.

Phoebe first started at Turning Point back in 1995 and says the organisation has grown enormously since then.

“Back in 1995 it was quite an original concept that very much had a harm reduction focus from a clinical perspective,” says Phoebe.

What does Phoebe do?

Phoebe’s day are quite variable as a trainer, which she says is the beauty of her role. Some day-to-day tasks could include developing education sessions which are tailored to different audiences, delivering half-day or full-days of training, collaborating with other team members and marking assignments.

Throughout her time at Turning Point, Phoebe had the opportunity to write a chapter in a book named “Drug use in Australia: preventing harm”, which illustrates the policy, preventive and treatment responses to drug use and details the social and political implications of these approaches.

Phoebe also worked on a project with the Multicultural Centre for Women’s Health – where she provided education to their employees so that they could work with their communities to increase their knowledge around alcohol and other drugs.

Phoebe is grateful for the flexibility and support she has received from Turning Point over the years. Throughout her time here, she has got married, had children and even completed a diploma – her whole life has changed.

Phoebe feels as though Turning Point prioritises professional development, and she has completed lots of different courses and training over the years as new research and education has emerged over time in the addiction field.

Additionally, she believes she learns the most from the people surrounding her, including her students and colleagues.

“As a trainer, I continue to learn as well. I learn from all the students and participants that come along to our workshops. For me I’m really passionate about promoting best practice and supporting those that are interested in that too,” says Phoebe.

Ultimately, Phoebe loves the fact that everyone who works at Turning Point is so compassionate about the field they are in and the clients they help along the way.

“We’re very lucky because in the alcohol and other drugs sector there are a lot of people who are extremely compassionate and support the clients they work with,” says Phoebe.

Phoebe truly believes that everyone within the organisation and her team really enhance each other’s knowledge and their expertise.

For those interested in working at Turning Point, Phoebe recommends that you be open to every new learning opportunity that comes your way.

“Life is just one big journey of learning, always be open to taking new learning and development opportunities, you never know when they might come in handy down the track,” says Phoebe.

We currently have a number of amazing opportunities which you can check out here as well as any future opportunities that may come up: https://eh.mercury.com.au/

Want to work at Turning Point? We currently have several amazing opportunities which you can view here.