Addicted Australia, the 2020 documentary that follows the lives of ten Australians affected by addiction as they undergo a holistic and extended treatment program, has been longlisted for a 2021 Walkley Documentary Award.

The four-part series, produced by the award winning Blackfella Films and Special Broadcasting Services (SBS), provides a unique insight into addiction, stigma, and treatment by following ten clients, their clinicians, peer support workers, and families and friends as they take part in a six-month treatment program designed by Turning Point. 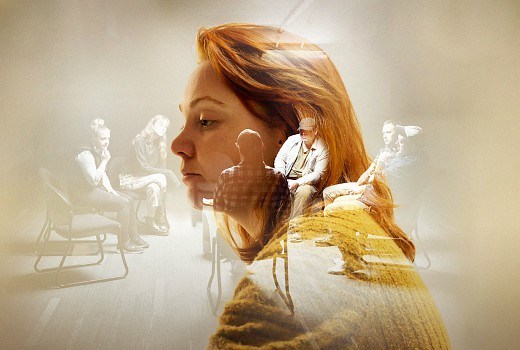 Professor Dan Lubman AM, who led the program and who featured in the series said, “This longlist nomination is testament to the incredible work that has gone into making the documentary, to the bravery of the ten participants and their families, and the impact they have had in telling their stories.”

In Australia, treatment for addiction is more chronically underfunded than any other area of healthcare, largely because it is not seen as a legitimate health condition. Most people who have an addiction do recover, yet very few people are telling those stories due to the stigma associated with the condition.

"We hoped that the documentary series would change community perceptions about the reality of addiction, elevate expectations about what treatment should look like, and alter the narrative such that recovery is not just a possibility, but (like other health conditions) is a realistic goal, and we definitely feel we achieved that,” said Prof Lubman.

Off the back of the documentary, Turning Point along with over 40 partner organisations, established the Rethink Addiction campaign aimed at educating and advocating for the need to change Australia’s attitude and approach to addiction.

Professor Lubman says that since its inception in October last year the campaign has gone from strength to strength.

“We started the campaign because the system isn't working for many Australians. We have gained enormous support and have been running a number of activities to help change the conversation about how we think about and respond to addiction, and we’re incredibly excited that next year the campaign will be hosting its first national convention in Canberra.”

If you would like more information on the Rethink Addiction campaign, please visit https://www.rethinkaddiction.org.au/

Addicted Australia is one of six outstanding documentaries to be longlisted for the Walkley Documentary Award. A shortlist of three finalists for the award will be announced on Thursday, October 21 (The Walkley Foundation 2021).

If you haven’t yet watched Addicted Australia, all four episodes are still available on SBS on Demand