Addiction in Australia last year was estimated to cost $80 billion, according to a new report launched at Parliament House on Tuesday morning. 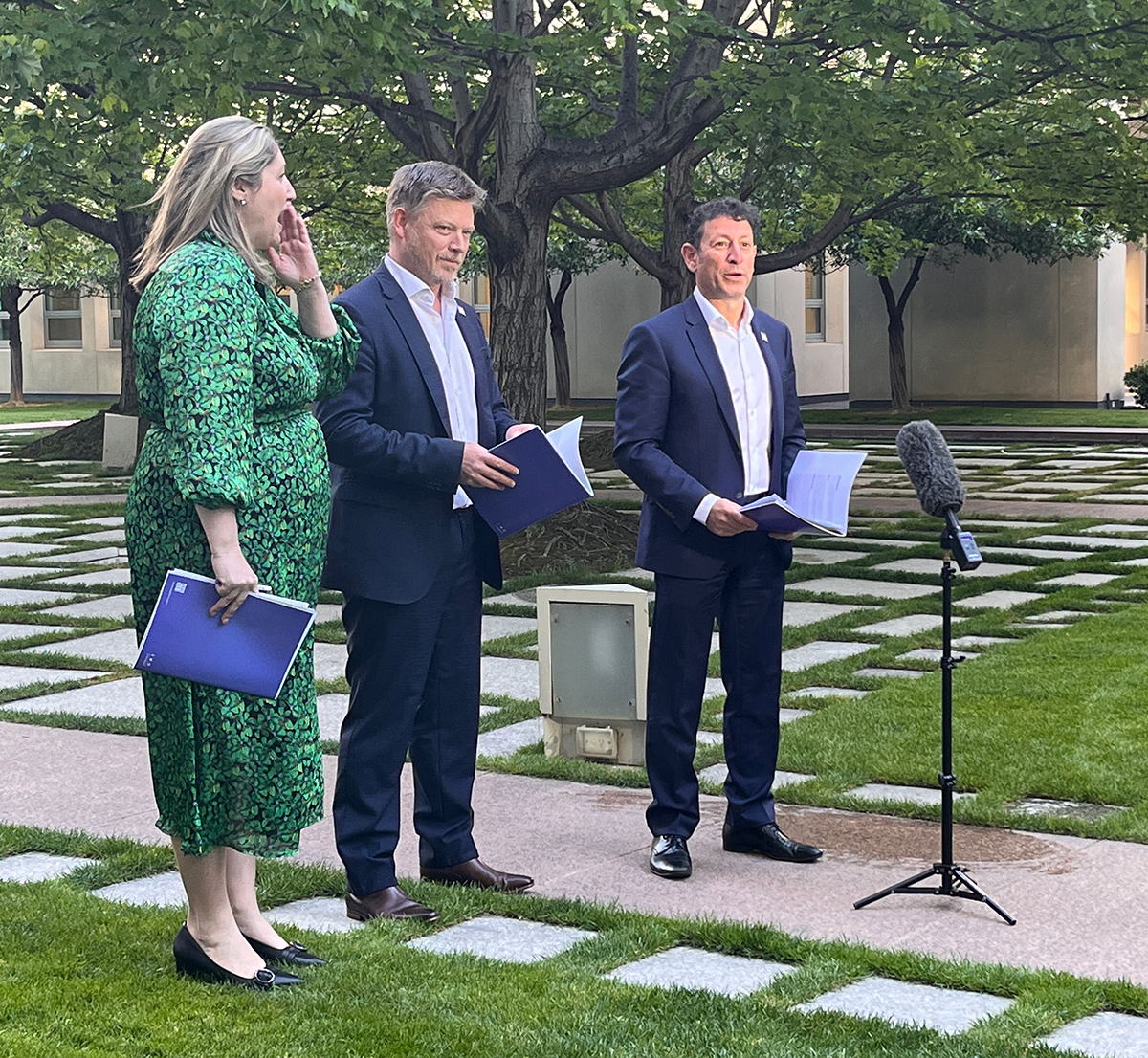 The report titled Understanding the cost of addiction in Australia by KPMG and Rethink Addiction highlight the significant costs associated with alcohol, tobacco, other drugs and gambling, including on workplace and household productivity, harmful consumption and healthcare.

In a statement, KPMG and Rethink Addiction call for urgent investment in prevention, early intervention, and harm reduction to enable “Australians living with addiction to live healthier, happier and more productive lives”.

Below, Rethink Addiction spokesperson Professor Dan Lubman AM discusses key findings from the report, highlighting that stigma is a significant barrier for seeking help.

One in four Australians will struggle with alcohol, other drugs, or gambling in their lifetime, and one in ten still smoke tobacco daily. With numbers like these, it’s no surprise Australia has one of the highest rates of addiction-related health burdens in the world. But what has been unclear until now is the cost of addiction to the Australian community, and it’s staggering.

A groundbreaking new report by KPMG and Rethink Addiction estimates that the total cost of addiction in Australia was $80.3 billion last year. That’s similar to JobKeeper, the largest spending program in Australia’s history, which cost around $90 billion.

The drivers of costs differed. Workplace and household productivity losses were the largest cost burden for tobacco ($24.2 billion) and alcohol ($8.5 billion). Whereas justice and law enforcement costs were the main driver of costs for other drugs ($5.8 billion), and harmful levels of gambling consumption the main cost for gambling ($5.4 billion).

Importantly, this $80.3 billion figure only represents the tangible cost of addiction – it is based on costs for which a market price exists because they can be traded in a market economy, such as healthcare or lost wages.

The report also determined the intangible costs of addiction, such as reduced quality of life or the value placed on lost years of life, referred to as the “value of lost life”. Two different methodologies were used to calculate the value of lost life.

The demographic (or retrospective) approach compared the actual 2021 population to a hypothetical situation in which lives had not been lost to addiction in the past. This approach estimated the value of lost life as $48 billion.

The human capital (or future-focused) approach considered lives lost in 2021 and their potential contributions in the future. This approach estimated the value of lost life as $174 billion.

A single estimate for the value of lost life is unable to be presented because these two methodologies are not directly comparable.

We know these figures are an underestimate.

As big as these costs are, we know they are an underestimate due to gaps in the evidence base. For example, most gambling-related studies typically targeted specific states, rather than providing a national perspective, and were more dated and incomplete compared to other addiction types.

Indeed, the reported $10.7 billion cost of gambling-related harms is a clear underestimate as there was not enough data to determine healthcare costs, which of course exist.

Personal financial losses associated with excessive, harmful levels of gambling were found to cost an estimated $5.4 billion, yet we know from our analysis that this is conversative due to increasing gambling spend and a growing recognition that a broader population of people who gamble experience harm.

Other gaps identified with previous literature include poorly documented cost components related to the impact on educational achievement, patient-time costs, and stigma.

These enormous costs are driven in part by a massive missed opportunity. As the old saying goes, it is better to build a fence at the top of the cliff than park an ambulance at the bottom.

We cannot afford to keep ignoring this problem.

Stigma is a barrier

Right now, roughly half a million Australians can’t access the help they need due to a lack of available treatment or fear of judgement.

Stigma causes many to wait years, even decades, before seeking help for their struggles with alcohol, other drugs, or gambling. For example, the median time to first treatment for alcohol addiction is an astonishing 18 years.

Delays in help-seeking and treatment result in increased social, health, and economic costs. And these costs of addiction aren’t just borne by people living with it – they are spilling over and impacting families, friends, and whole communities.

Tackling stigma will reduce help-seeking and treatment delays and have many other positive effects. It will prevent struggles with alcohol, other drugs, and gambling turning into more costly, chronic addiction, and significantly alleviate other social issues associated with addiction, such as suicide and family violence.

Addiction should be treated like any other chronic health condition – with compassion and the best available care.

We need to make responding to addiction a national priority, tackle stigma to promote help seeking, and reprioritise investment to support a public health approach to addiction-related harms.

The $80 billion cost of addiction in 2021 identified in this report is the tip of the iceberg. To develop a more comprehensive understanding of what addiction is costing Australia, we need a national, coordinated research effort that addresses known gaps in the evidence base and draws on the experiences of those impacted by addiction.

This report urges all Australians affected by addiction to share their story and help Rethink Addiction. Together, we can tackle stigma, implement evidence-based public health approaches, and help Australians living with addiction to live happier, healthier and more productive lives.

Professor Dan Lubman AM is the Rethink Addiction Spokesperson, Executive Clinical Director at Turning Point, and Professor of Addiction Studies and Services at Monash University.

This article was originally published in Croakey Health Media.