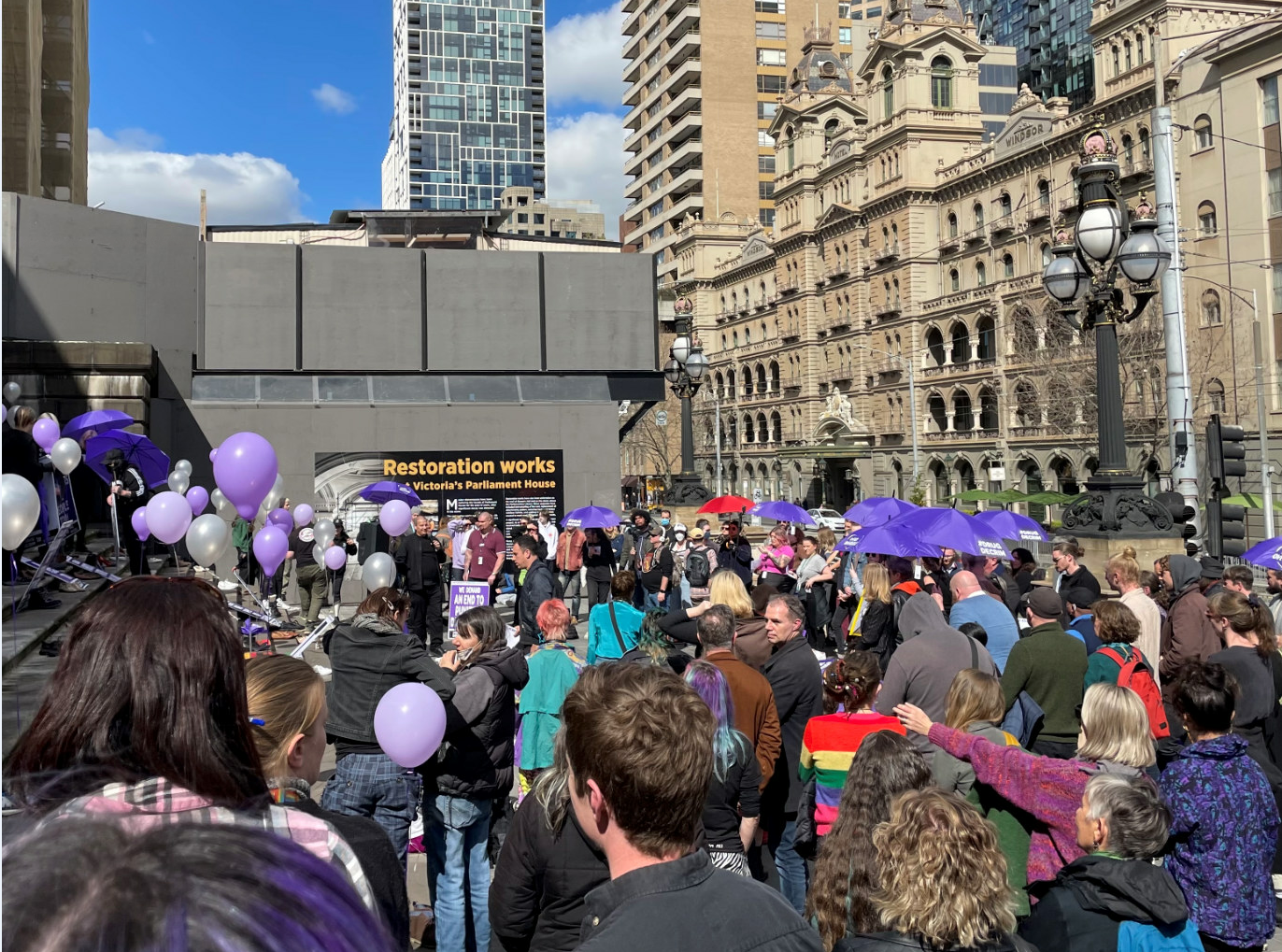 August 31st marks International Overdose Awareness Day, a global campaign dedicated to addressing drug overdose and drug-related harms. For both Turning Point and our community, the day provides an important opportunity to collectively recognise and commemorate the lives of those who have died in overdose events. I reflect here on the event, its origins, and the ongoing need to challenge those conditions that perpetuate drug-related harm.

International Overdose Awareness Day was launched in the backyard of a St Kilda Crisis Service in 2001. Initiated by Sally J. Finn, the event followed a half-decade of unprecedented increases in Australian opioid overdose deaths. For Sally, the day was conceived as an occasion to communally mourn and memorialise the lives of those lost in overdose events (Morris, 2020). So too was it to raise awareness around how these deaths could be prevented.

Two decades on, International Overdose Awareness Day is a globally recognised event, and while the campaign now extends beyond the backyard, it continues to echo its founder’s ambitions: “to end overdose, remember without stigma those who have died, and acknowledge the grief of the family and friends left behind” (Penington Institute, 2022).

In an international context marked by escalating rates of fatal overdose, the message resonates loudly. Across North America and the United Kingdom, overdose deaths have accelerated to record highs (Office for National Statistics, 2022; United Nations, 2022). Within Australia, over two thousand overdose deaths are now occurring annually. These harms are not evenly distributed. First Nations Australians continue to experience a disproportionate rate of overdose death: In 2020 alone, Aboriginal people were almost four times more likely to die from an accidental overdose than non-Aboriginal people (Penington Institute, 2022).

Alongside the loss and suffering experienced by our community, these figures reflect the stubborn persistence of Australia’s ‘drug problems’: the stigmatisation and criminalisation of people who use drugs, the intransigence of Australian drug policy, and the intersecting social inequities that co-produce and amplify drug harm.

For those who assembled on the steps of Parliament House yesterday, International Overdose Awareness Day served as a platform to publicly denounce these failures. The rally – led by Harm Reduction Victoria (HRVic) – called attention to the painfully slow pace of drug policy reform in Australia. Australia’s punitive, repressive, and moralised approach to illicit drug use, speakers emphasised, is the principal force behind overdose death and drug-related harm. At issue here is an urgent need to decriminalise drugs and foster more compassionate, evidence-based, and peer-driven responses to drug consumption. As HRVic's Chief Executive Officer, Sione Crawford, frankly stated: "We need to take police and prisons out of our lives."

In its contemporary form, International Overdose Awareness Day continues to assert the grievability of drug users’ lives. As an occasion for collective mourning, the event affirms the humanity often denied to those affected by drug overdose. As a call to action, it challenges the positioning of fatal overdose as natural outcome of drug use. The rally at Parliament House sounded the message clearly: overdose deaths are preventable, they are driven foremost by a failed status quo, and they will not end without significant drug policy reform.