Daniel is a senior addiction psychiatry registrar at Turning Point who leads research on consumer experiences in withdrawal and detox.

Turning Point consists of a diverse team that is committed to removing stigma around drug and alcohol addiction and providing support for those that need it. We like to profile the great work that our teams do, and give people insights into what it’s like to work in the addiction treatment, training, and research sector. This is Daniel’s story. 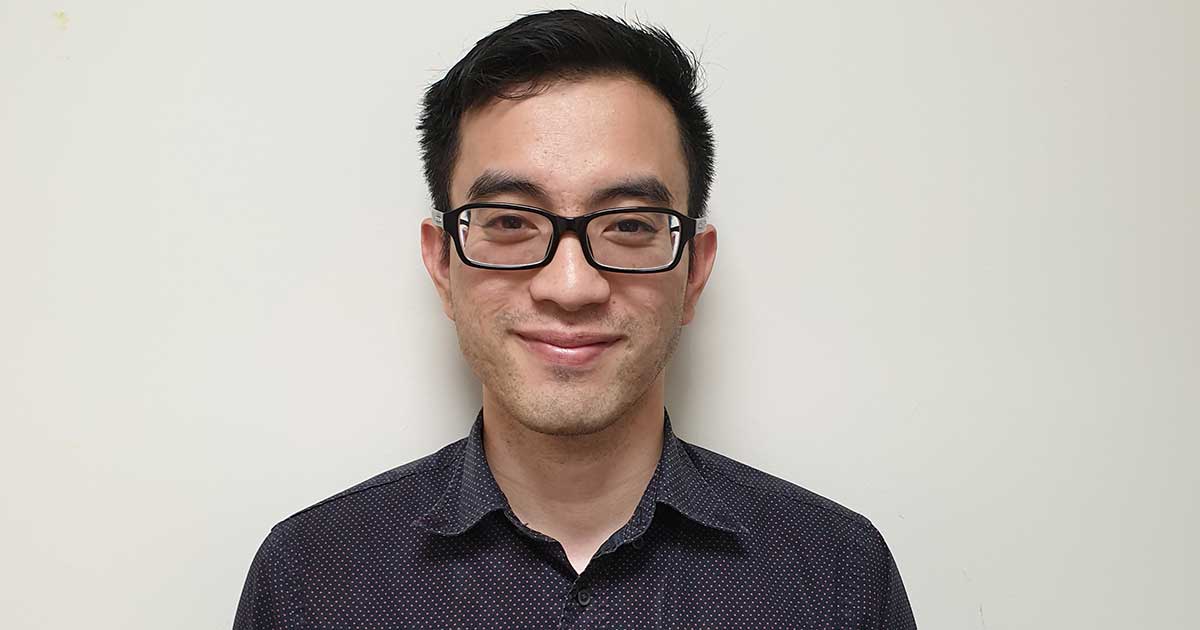 Daniel joined Turning Point during the peak of COVID-19 last year as an addiction psychiatry registrar. He is currently in his second year of Turning Point’s two-year program for medical registrars where he predominantly works at Box Hill Hospital in our withdrawal and stabilisation units, including Wellington House and Carrington Road

Daniel is in his sixth year of psychiatric training and has completed on-the-job training in various hospitals, including St Vincent’s.

In his first year of the program, Daniel was based at the Turning Point's Richmond office, which allowed him to build long-term relationships with patients and receive great exposure to some of our statewide services, including Ready 2 Change.

“Turning Point is a hub of research, particularly when addiction is still such an emerging field, it’s so exciting and I was really keen to be a part of that,” said Daniel.

What does Daniel do?

No two days are the same for Daniel, but every day involves interaction with patients who are trying to make a change to their alcohol, drug or gambling use. Some days may involve ward rounds to support patients who are in a detoxification (detox unit, or working with specialists and other medicine registrars with the common goal of supporting patients who are on their recovery journey.

“Every single patient you engage with is a proud achievement, it’s always rewarding to observe them over a period of time and see how far they’ve come and the positive changes they have been able to make,” said Daniel.

Last year Daniel was the recipient of the Royal Australia and New Zealand College of Psychiatrists (RANZCP) Beverley Raphael New Investigator Grant, which he used to support research into consumer experiences at Turning Point’s withdrawal and stabilisation units. This research helped put consumers at the centre of the model of care and will help to inform future service delivery at Turning Point.

“Helping to understand why patients choose to leave detox early may help us to better optimise our services and overall treatment,” says Daniel.

Daniel is grateful for the continuous support he has received from his colleagues and believes the program is very well structured. He describes his colleagues as “extremely passionate individuals with a great sense of humour, which is important in a workplace where the work can be quite confronting and serious from time to time”.

He feels honored to work in a role that gives him a “great sense of purpose and makes a meaningful difference in the lives of others”. Through his current role as an addiction psychiatry registrar, he has been able to develop not only his alcohol and other drug skills, but also his leadership skills and he encourages everyone who works here to take up the opportunities that are offered to them.

“I feel support from everyone surrounding me including healthcare workers, colleagues and other specialists. It’s just an all round great place to work and train and develop my skills,” said Daniel.

Daniel’s next goal is to complete all his training to become an addiction psychiatrist. He is taking full advantage of all the training and support that is offered to him along the way and is proud to work in such a challenging, yet rewarding field.

For anyone considering applying for a job at Turning Point, or any job in the addiction treatment, training, and research sector, Daniel recommends developing your career and experience across a range of settings and roles, including residential, rehabilitation, withdrawal and community programs to get a taste of what it is like to work in the addiction field.

Daniel believes there are many job opportunities, career pathways, education and training that can help turn your passion for making a difference in the lives of others into something you can do everyday.

Want to work at Turning Point? We currently have several amazing opportunities which you can view here.