A world-leading data collection system pulling together information from ambulance call-outs across the country has been recognised as one of the most potentially impactful data innovations in Australian health and medical research.

A world-leading data collection system pulling together information from ambulance call-outs across the country has been recognised as one of the most potentially impactful data innovations in Australian health and medical research. 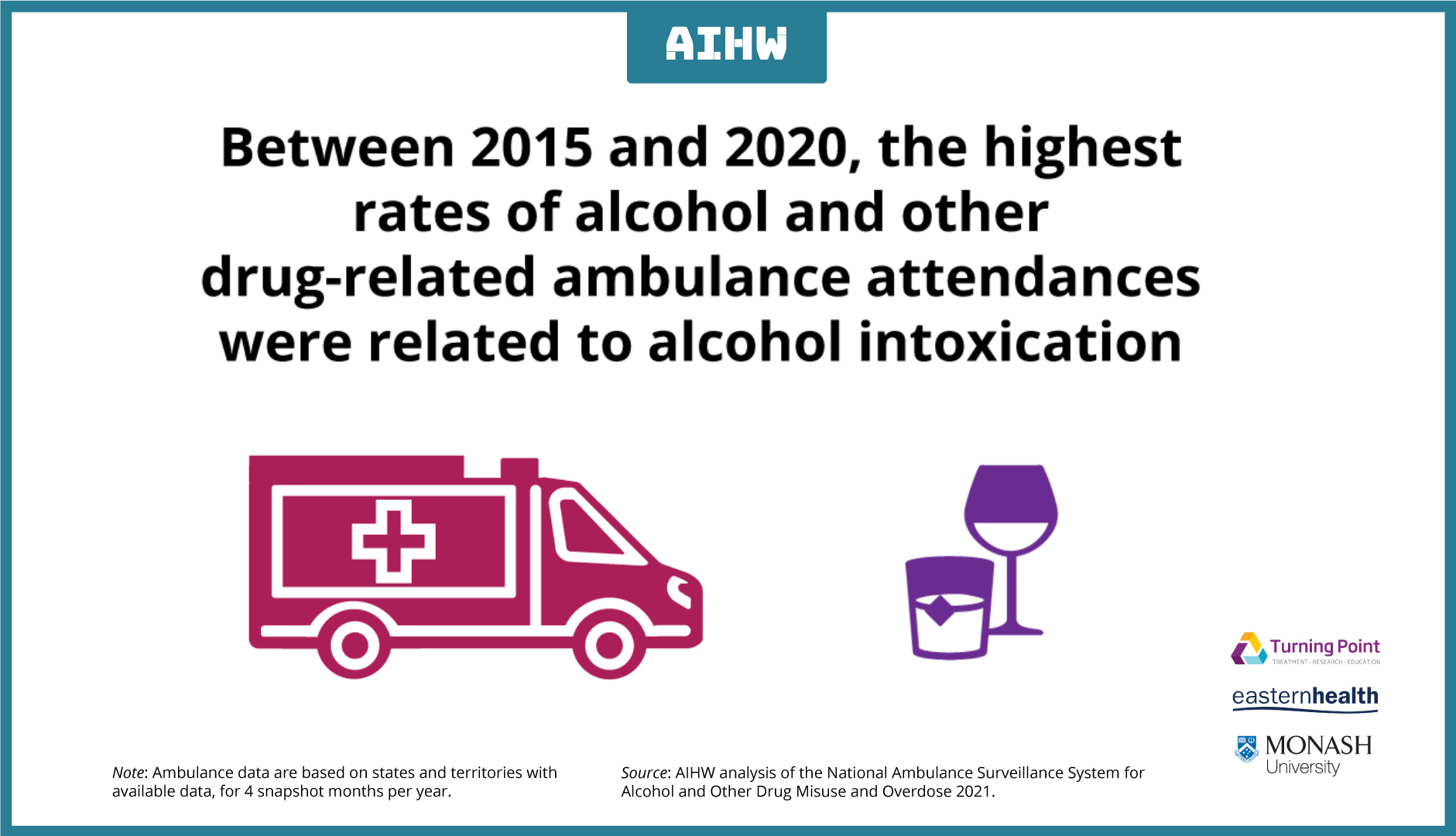 Research Australia, the national health and medical research peak body, has announced the team behind the National Ambulance Surveillance System (NASS) as a finalist in its 18th Health and Medical Research Awards.

The NASS team has been recognised in the Data Innovation category (sponsored by Bupa Health Foundation), recognising how it has become the ‘go to’ source for understanding the magnitude of mental health callouts, as well as those resulting from alcohol and other drug harms.

The NASS records information from ambulance call-outs relating to alcohol and drug use, self-harm and suicide, allowing health services, policymakers and

NGOs to track these key indicators and see a fuller data picture on the effectiveness of related interventions.

The value of this work is highlighted by the latest NASS data on alcohol and other drug misuse and overdose released by the Australian Institute of Health and Welfare today.

Key findings released in Alcohol and other drugs in Australia include:

“Importantly, the data is also flexible and can be adapted to capture emerging issues at a population level, including violence-related data. This is a wonderful example of innovation in health and medical data, delivering information that can help steer public policy response for better community health outcomes.”

State and territory ambulance services provide an extract of their patient clinical records to Turning Point, a national addiction research and treatment centre, where trained research assistants read and annotate each record – creating a timely and accurate population-based surveillance dataset. The NASS recently received a Google grant to introduce artificial intelligence techniques to help annotate the data, allowing results to be reported faster for greater insight and impact.

“This project provides an ongoing representative national data source to allow government and NGOs to evaluate policy and interventions, helping ensure funding is being used effectively to save lives and reduce the damage caused by suicide, self-harm, alcohol and other drugs,” she said.

“The richness and precision of this data helps health authorities remain flexible and understand emerging contemporary issues, such as the long-term impact of bushfires, or how COVID has changed mental health, violence, and drug and alcohol harms.

“It’s a fabulous example of different jurisdictions and services working together, and we’re proud to be recognised for this work.”

The winners of the Health and Medical Research Awards will be announced at a gala award ceremony in Sydney on December 9.