Dry July is not only a great initiative to raise money for those affected by cancer, it can also be a starting point for people who want to remove alcohol from their lives. 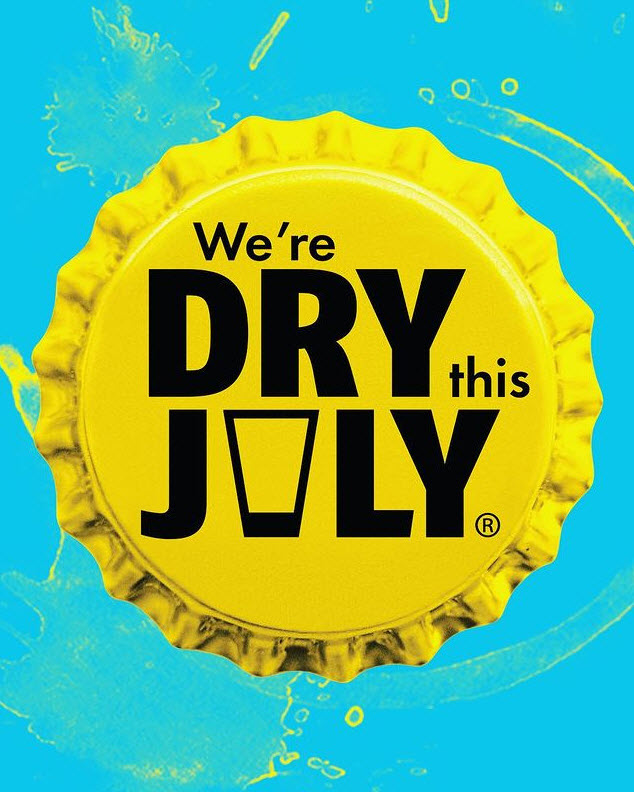 There is a culture of excessive drinking in Australia, which can make it hard for people to say no to a drink.Campaigns like Dry July, along with others such as Rethink Addiction and Sober in the Country’s #Ok2SayNo campaign, help to overcome the stigma that is regularly associated with people who turn down a drink.

Turning Point Peer Worker Jess, started her sobriety journey when she was living in England in 2014 by doing Sober October - a similar initiative to Dry July.

“I thought it would not only be a good opportunity to raise money for cancer, but also use it as a bit of a front to stop drinking altogether,” Jess said.

“If I had stopped randomly or turned around and said I had a problem, I would have been shamed and isolated by my friends at the time.”

Jess admits, she found the first few weeks of Sober October quite challenging as she felt very anxious without alcohol in her system. But eventually she adapted and began to notice some positive changes in her life.

“I felt like I had a lot of clarity, my skin was healthier, I lost a bit of weight, in general I became a better person. It gave me an opportunity to understand myself.”

“I see this as the start of my recovery journey, even though I relapsed after three and a half years.”

Lapsing and relapsing is part of the journey

A lapse refers to one off incidents of drinking but you recognise instantly after and stop whereas relapsing is when you fall back to your old drinking habits and you take longer to stop drinking again.

While lapses and relapses are a normal part of recovering from addiction, people often associate them with failure or the end of their sobriety.

Jess experienced her first lapse when a stressful situation at work resulted in her drinking excessively for three days straight.. She immediately stopped drinking after that incident, but over the next five years experienced multiple lapses and relapses.

“It was weird everytime I relapsed because I knew I could stop drinking because I had done it before, but I still wasn’t doing it.”

However, during this period of lapses and relapses, Jess would always do Sober October as a circuit breaker for her drinking.

Using story to connect with others

Jess moved back to Australia in 2020 and has remained sober ever since. She uses her story of recovery and relapsing to connect with clients who come see her at Carrington Road.

“I tell them to never be afraid to keep coming back. If you relapse it doesn’t matter, our services are here to help you get back on track.”

Jess also uses her experience with Sober October to encourage people to engage with Dry July.

“I say to anyone who thinks about doing Dry July to do it because you’ll notice so many positive changes after the 30 days. You can then use those changes as motivation to keep going.”

If you are worried about your alcohol consumption, take our self-assessment or call Counselling Online’s 24/7 helpline on 1800 250 015 to talk to one of our counsellors